Pearson Sound’s Acetate and Tanum Sound System will be heading to Manchester and Leeds in the New Year for a pair of fundraiser parties.

On January 24, they will head to Manchester’s Soup Kitchen, where they will be joined by Akash, Mellowdramatics and one of Mixmag’s 2019 Breakthrough DJs of the Year, Anz.

Read this next: Pearson Sound’s ‘Earwig’ music video is a cybernetic acid expedition

The next evening, they will head to Acetate’s regular base, Leeds’ the Wire, where Pearson Sound and Tanum organisers Klaus and Winsom will welcome Tanum affiliates Junior Loves, Crease and Keef

Both parties will raise funds for Greater Manchester Immigration Aid Unit & Positive Action For Refugees and Asylum Seekers; the DJs, venues and Resident Advisor Tickets will donate a large percentage of their fees.

Read this next: Get to know Anz, the DJ that’ll give you the hardest club workout you’ve ever had

Click here to grab tickets for the Manchester event, and here for the Leeds party. 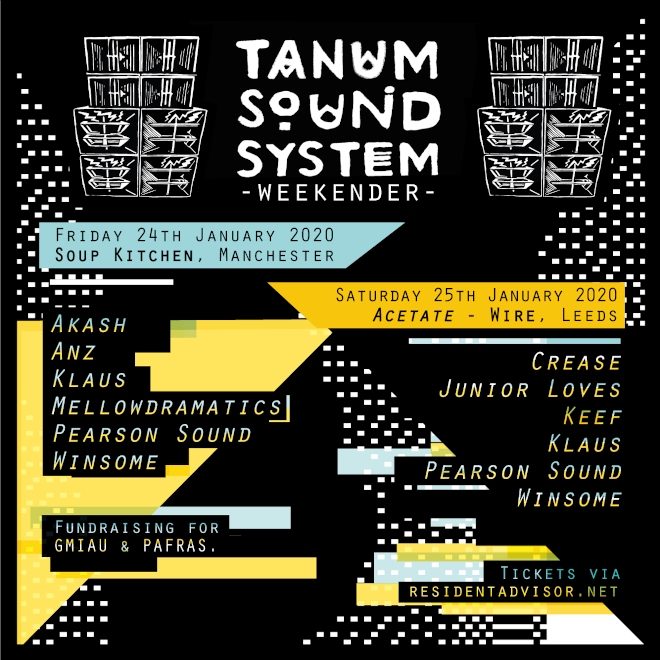 J. Cole & LeBron James Dap It Up During Lakers’ Win Against Knicks

J. Cole & LeBron James Dap It Up During Lakers’ Win Against Knicks, https://t.co/tGwgzDj0zH

Scottish Rapper Thinks Eminem Got 'Music To Be Murdered By' Concept From Him, https://t.co/vlqFCYLmQ2