‘Singularity’ don Jon Hopkins has announced a Polarity tour that will take place next year.

The artist will play grand piano for parts of the show; he will also be joined on stage by a group of musicians and long-time friends, including acclaimed producer and guitarist Leo Abrahams, violinist and arranger Emma Smith and cellist Laura Moody.

According to the artist, Polarity will join together “the two disparate elements of harsh and fragile in my music, and by going between the two, we’ll hopefully create some profound moments of stillness.”

He continues, “Right now I have a set that’s tailored to festivals and to standing crowds and intoxicated people,” he says, “and that’s been amazing, but I would say my deepest nature lies in the stillness, the meditative side of my music.”

Grab your tickets for the Polarity tour here. 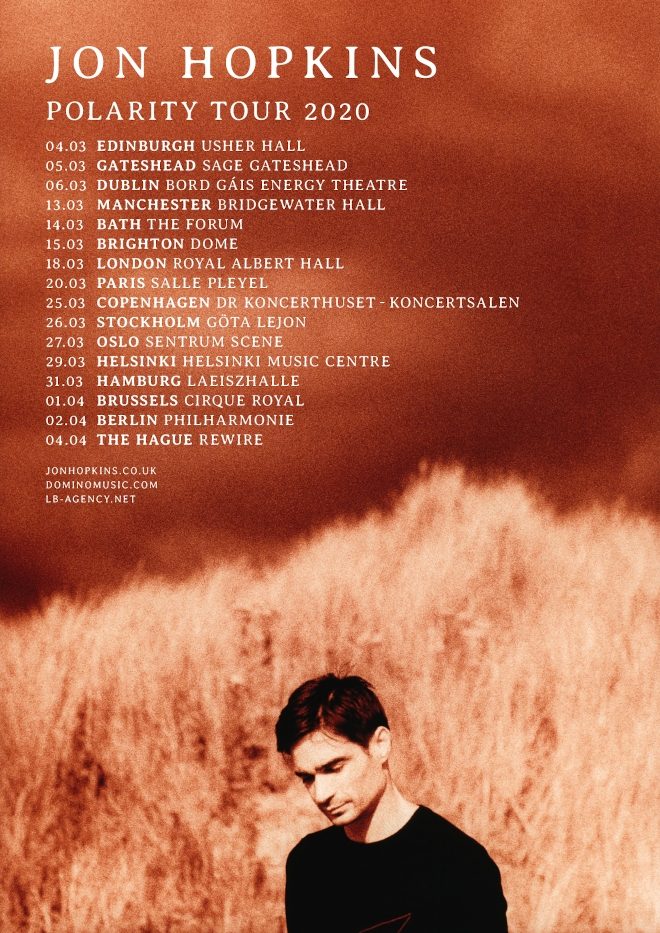